*Alana and Tamarr helped the group work through the problem set but were unfortunately unable to attend camp during the blog writing.

For years, people have been trying to find a way to send secret messages. This may have been easy to do in the ancient times of the Roman Empire, where you could write a message, and then hand-deliver it to your recipient.  This way, you could be certain that nobody else could intercept it. However, this becomes a lot more difficult in today’s online tech-driven world. People no longer hand-deliver letters; rather, we email or text our friends.  So how do we make sure that nobody else can intercept your text message as it travels the internet before finally landing on your friend’s cell-phone? The answer is found in cryptography, a technology that is becoming more and more important in today’s world.  Today, we are going to focus on one particular form of cryptography: elliptic curve cryptography.

END_OF_DOCUMENT_TOKEN_TO_BE_REPLACED

*Maria helped the group work through the problem set but was unfortunately unable to attend camp during the blog writing.

Have you ever tried to send a secret message to a friend? Did it work? Was it secure? Well, one way to do so in a more secure way is by using Elliptic Curve Cryptography (ECC). Most people have never heard of ECC before, and two weeks ago, neither did we. However, in the past two weeks, we have been learning how to use this exciting application of the techniques of algebraic geometry and abstract algebra applied to the ancient art of keeping messages secure. ECC was first introduced by Victor Miller and Neal Koblitz in 1985. It was proposed as an alternative to other forms of cryptography with public-key systems such as DSA and RSA. Public-key systems involve the use of two different kinds of keys: a public key that is available to the public and a private key in which only the owner knows. The applications of ECC has been growing and has recently gained a lot of attention in industry and academia. The following information below will go more in-depth on what ECC is, how it works, its advantages, its disadvantages, and our progression throughout this course.

END_OF_DOCUMENT_TOKEN_TO_BE_REPLACED

The definition of cryptography is the art of writing and solving code. However, over the last two weeks, we learned so much more than just this textbook explanation. While working together within our team, we explored many different aspects behind cryptography. By building off our individual strengths, we prepared ourselves for higher level mathematics. The following is a synopsis of the progress we’ve made over the past two weeks.

END_OF_DOCUMENT_TOKEN_TO_BE_REPLACED

Cryptography is the act of encrypting and decrypting codes. It’s used to pass secret messages and keep outsiders from accessing information. Math is used to help encrypt codes using different methods. One common methods is to use RSA encryptions, which uses prime numbers and mod functions to make deciphering impossible. RSA encryptions are so successful since factoring large numbers into their prime factors is incredibly difficult, and there is yet a way to do so quickly and efficiently.

We were all very interested in learning more about cryptography since it incorporates everyday math with real-world problems and situations.

END_OF_DOCUMENT_TOKEN_TO_BE_REPLACED 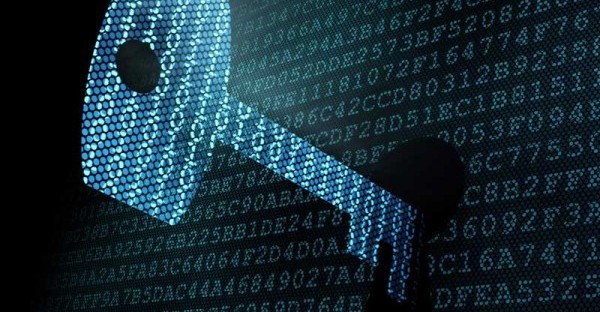 Cryptography is defined as the art of writing and solving codes. Upon first thought, many people picture codes as an antiquated war time communication technique. However, the field of cryptography is alive and well,  and it has become pervasive in our everyday lives. The world is becoming more and more connected through technology, and with this, there is a greater need to protect information. Encryption is probably the most widely used application of cryptography, and it is used to protect information by making it so only one person with a key can understand what is transmitted. In the following paragraphs we will walk through the steps to mathematically understanding one widely used type of encryption.

END_OF_DOCUMENT_TOKEN_TO_BE_REPLACED

You can find out more about the application process here.